Magic: The Gathering (MTG; also known as Magic) is a trading card game created by Richard Garfield. First published in 1993 by Wizards of the Coast, Magic was the first trading card game produced and it continues to thrive, with approximately twenty million players and over 13,000 unique cards as of 2015.

A deck used to play Magic can use all, none, some, or one of these colors. When two colors are combined in a deck, they work together and usually have a synergy of sorts. Usually in a mulitcolored deck, the costs of many spells is significantly less, but requires more colored mana symbols in order to make the mana base more difficult to achieve. 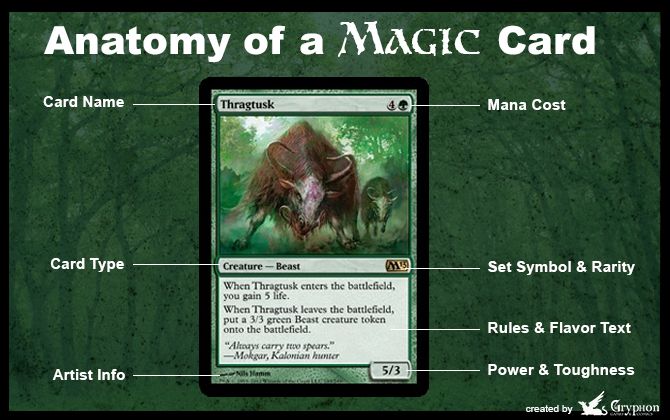 Board Structure and Zones

Steps of a Turn 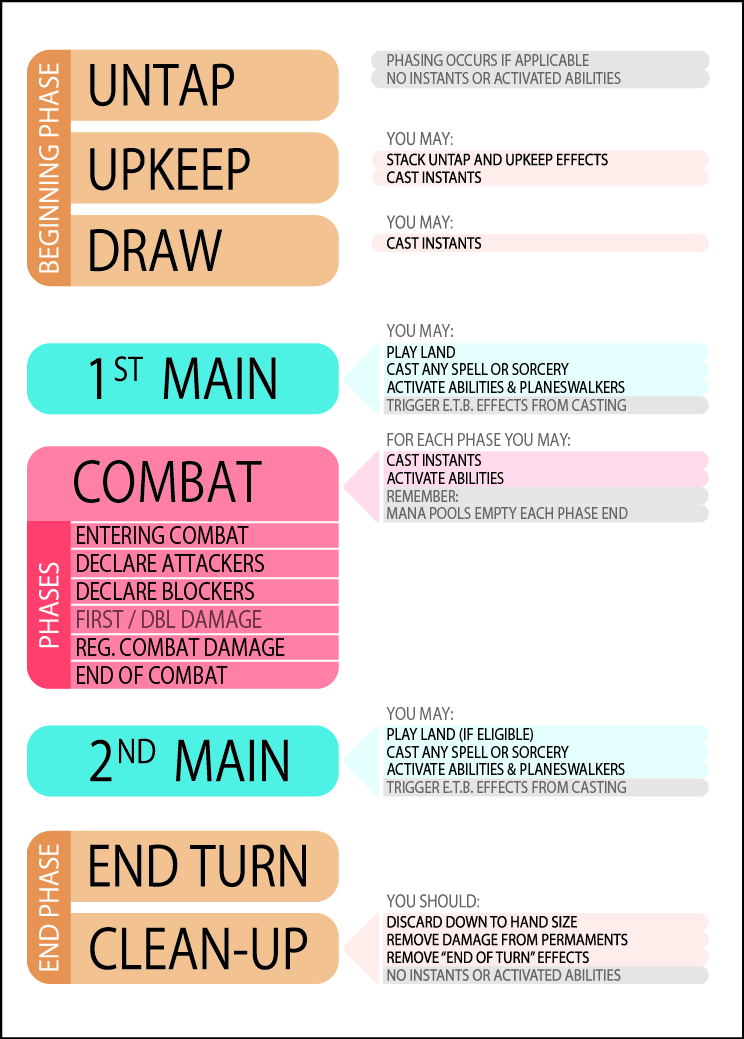 The Pro Tour is the highest form of competitive play for Magic: The Gathering. It consists of a series of tournaments held throughout the world, each requiring an invitation to participate. Every Pro Tour awards a total of $250,000 in cash prizes, with $40,000 going to the winner. Pro Tour competitors also receive Pro Points, the amount depending on their results. Pro Points award special benefits to players, including automatic qualification and travel awards for subsequent Pro Tours. Currently, four Pro Tours are held during a twelve-month season.